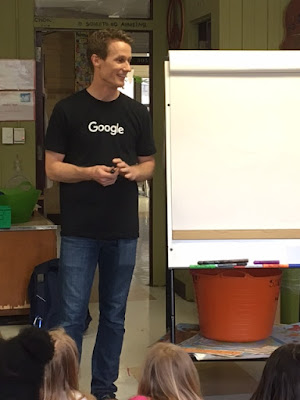 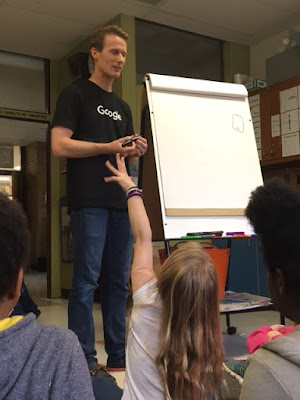 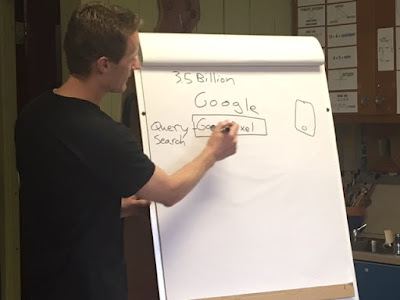 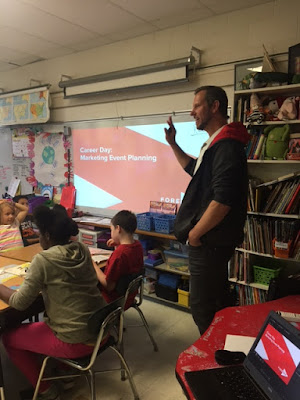 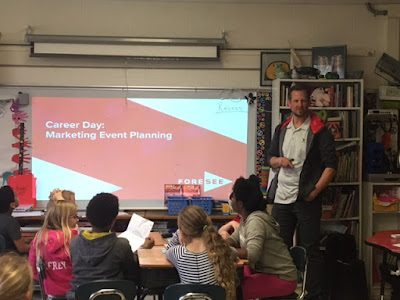 Haisley’s first annual Career Day was a huge success!  Next year, this will be much bigger, I’m sure.  It was SO COOL to hear about such interesting careers.  Thanks to Marc, Greg and Jean for presenting to our class!  Everyone was buzzing about your talks as the bell rang.  I can’t wait to get more feedback from them on Monday.  Bravo!  Once again, our Haisley community is the BEST OUT THERE! Thank you!
Posted by EllenMc at 8:13 PM 1 comment:

Email ThisBlogThis!Share to TwitterShare to FacebookShare to Pinterest
Vocabulary 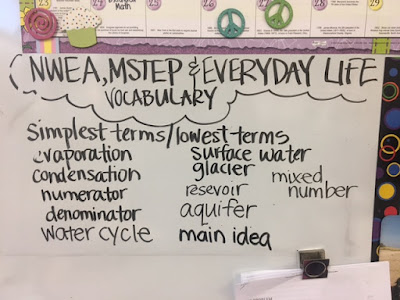 We have spent a lot of time working on our vocabulary skills this year.  We work with ROOT WORDS, which will help them figure out unknown words and they totally love them.  We keep track of new words when we are reading books.  Exposing kids to a wide variety of words is crucial!

Email ThisBlogThis!Share to TwitterShare to FacebookShare to Pinterest
Poetry 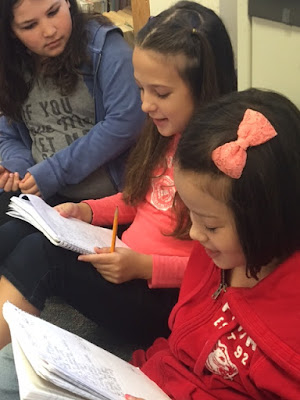 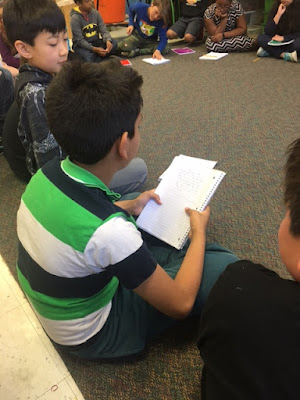 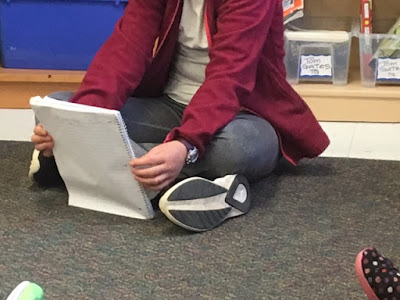 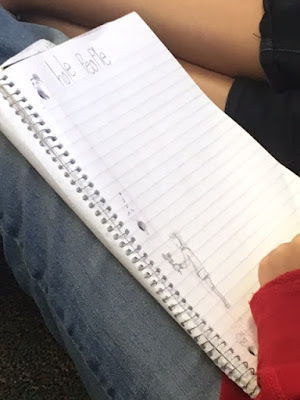 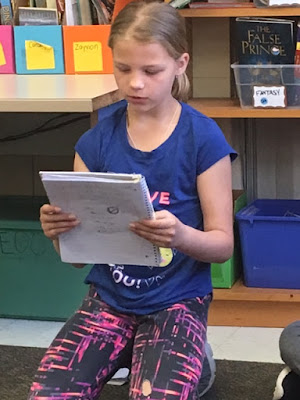 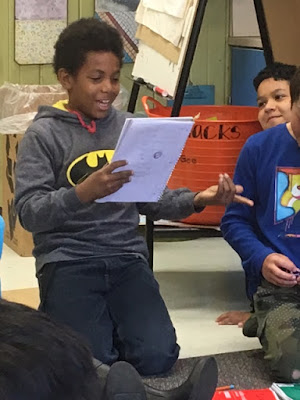 There are moments in our day when I just let them go.  Yup.  You read that right.  I just let them be.  I give them a wee bit of direction at the beginning, but really, the goal is to get them writing and collaborating.  We have plenty of poetry lessons that deal with the specifics of poetry.  Sometimes, we just need to be creative with our friends.  They were able to do that with Mr. McNulty on Thursday.  On Friday, I asked them to share during our morning meeting.  The best part of the sharing wasn’t a specific poem though, rather, it was how they all rallied around ONE particular poem that had been written as a rap.  The author didn’t want to rap her poem and 6 or more of her classmates offered to do it.  They had a ball.  This brought a new conversation to the table, one that I had not intended to have, but was totally cool and helpful to have with them.  Some people write for other people, and then they collaborate to make the piece even better.  There are songwriters who can’t sing.  Poets who can perform.  What a fantastic conversation!  Hearing a variety of kids read one poem was also wonderful.  And, in the end, she rapped her own poem.  Her classmates had given her the courage to try it, and it was FABULOUS.  So was the smile on her face, and those of her classmates as well.
Best.  Job.  Ever.
Posted by EllenMc at 8:11 PM No comments: 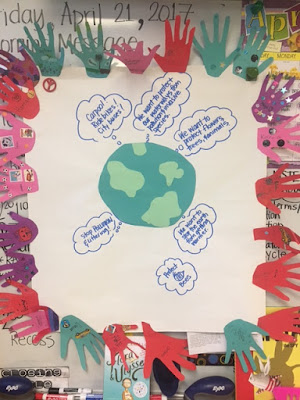 We are doing our best to make Earth Day a topic of conversation ALL of the time, not just on or near April 22nd.  Because of our science unit, we have been discussing a lot about pollution, the EPA, why there are rules/laws for corporations, and what happens when they don’t follow them.  We have also discussed what WE can do to help our earth and made an Earth Day pledge on Thursday.  When you see trash, pick it up!  Don’t litter!  Avoid using plastic bottles for water.  We had a wonderful discussion about all of the ways THEY can make a difference.  I was very proud of all of them!
Here's our pledge:

We pledge…
To take care of all living things.

To use less plastic bags and water bottles.

We will reduce, reuse and recycle whenever it’s possible, and it’s always possible.

We will work to protect wildlife.

We will use caution when using gas and oil.

We will work to maintain the circle of life.  We pledge to leave the earth cleaner and better than we found it.

Posted by EllenMc at 7:36 AM No comments: